DUBAI, 17th March 2017: The 11th Fazza Championship for Freediving organized and supervised by the Hamdan bin Mohammed Heritage Centre at Hamdan Sports Complex in Ruwayyah, saw the participation of men and women in the Juniors, Gulf and Open (Professionals) as they competed in the largest tournament of its kind and one of the most challenging traditional sports.

The qualifying rounds to select the best 10 divers in the Open, Gulf and Junior categories took place on Thursday 16th March with 30 of the participants advancing to the final round which will be held on Saturday 18th March commencing at 3.00 pm to vie for major honours in a competition that has gained international acclaim over the past decade.

Hamad Al Rahoomi, Head of Fazza Championship Diving Committee, was optimistic that this year’s tournament would be another record breaking one.

“What we are looking for is a new record. However, this championship is not an easy one because you hold onto the rope like before when they used to go for pearl diving. It is based on that model unlike in world championships where they relax their body and float to the surface. This is unlike any other competition where you have to dive deep and hang onto the rope. The diver uses lot of energy and breath doing that. People have to get enough training to get used to this method. Therefore any championship record is a world record because this is one of a kind competition,” explained Al Rahoomi.

“There are divers from Croatia, Slovenia, Russia, Poland, Serbia, Ukraine, the UK, France, Romania and all GCC countries. Since last year when we applied new technology in monitoring the timings with smart watches, the championship has gained in speed and transparency and definitely more fun and excitement because you can see timings directly,” he said.

“There are so many new faces this year. I am very proud that in the Juniors category there are more entries. Every year we work on improving safety measures because every second counts in their lives. We have set up to act in any emergency. So far everything has gone smoothly,” he added.

The star of the evening was Croatia’s Goran Colak who held his breath under water for a time of 10:07.24 minutes to be the best qualifier in the Open category upsetting defending champion and world record holder Branko Petrovic of Serbia who came second clocking 9:31.91 minutes. Another Croatian Veljano Zanki recorded the third best qualification time of 8:13.31.

“We will see in the finals. I did not have enough time to breathe. It was a very bad dive,” said a crestfallen Branko after his below par performance.

“It feels really good (beating Branko). He did not have enough time to prepare properly. I was looking at him. He was rushing it. It’s only 10 minutes (preparation) in qualification. In finals he is going to have 15 minutes and I’m sure he is going to do better,” said Goran empathizing with Branko.

Goran was not overly excited despite achieving his career-best timing in the championship.

“Obviously I feel good. It is nice to be first in qualification especially with this margin. It still doesn’t mean anything. I need to repeat that in the finals,” said the three-time winner of the Fazza Championship for Freediving.

“I did not have a time target. My goal was if I feel good, I was going to push for a better time, if not I just go up. I felt good and did reasonably good. I still have something in the tank. The finals is another day. Nobody knows what’s going to happen,” said the Croat who trained five months specifically for this championship.

“I really go low in qualifications but this time I trained really hard for this and I am in the best shape of my life. I invested a lot of time and effort into it,” reiterated Goran who feels the competition has got stronger in the Fazza Championship for Freediving.

“It is really strong now. All of these people you see here you will see in world championships finals in any pool competition. It’s extremely strong nowadays,” said Goran who is participating for the seventh time in Dubai.

In the Gulf category, 32 divers from the UAE and the rest of the GCC countries competed.

In the competition for Junior Emiratis, Saif Al Zarouni clocked the best time of 2:01.80 minutes. Mohammed Al Marzouki came second in a time of 1:54.07 and Salem Al Shamsi third clocking 1:53.15. 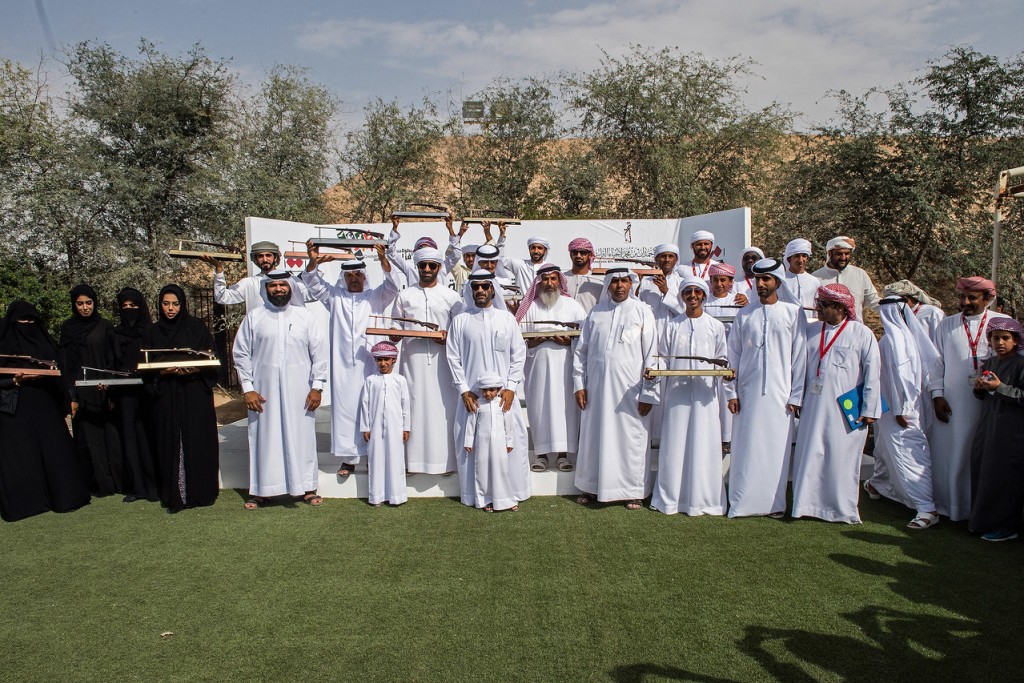