Training begins for 2018 ‘Camel Trek’ in the UAE 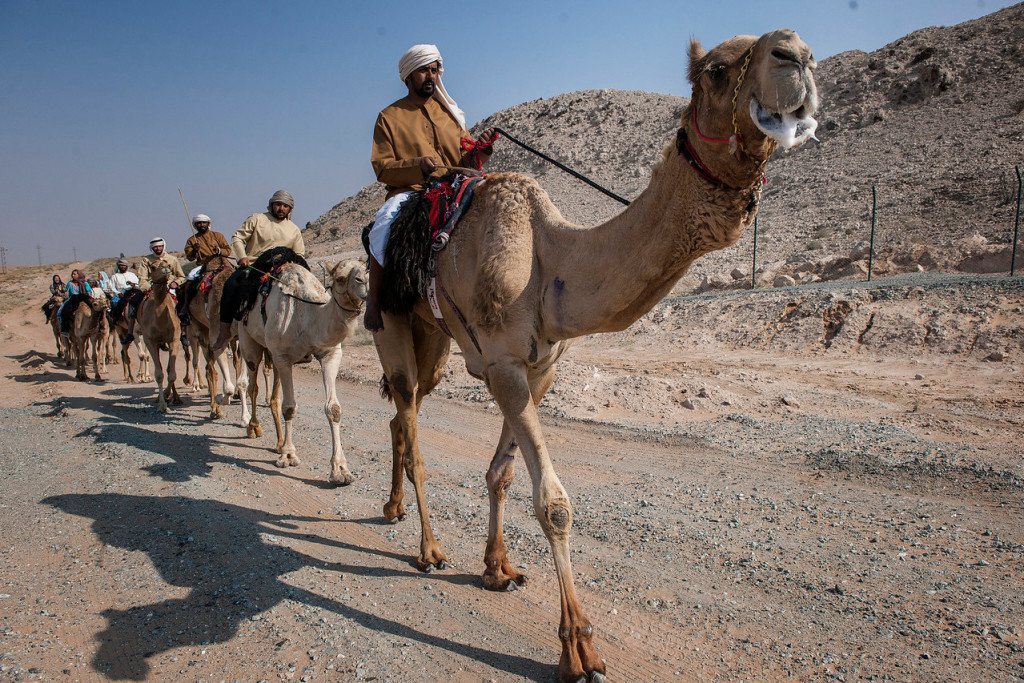 DUBAI, 27th December 2017: The Hamdan Bin Mohammed Heritage Center (HHC) announced that training has begun for the 2018 edition of the ‘Camel Trek’ to prepare a group of riders to follow the trail of people who traversed the pristine land of the UAE on camel backs.

Organized and supervised by Hamdan Bin Mohammed Heritage Center, the fourth edition of the ‘Camel Trek’ will take place from January 17th, 2018 for 11 days until January 27th. The marathon expedition will cover a distance of about 500 km on crossing a number of desert areas in the UAE.

There has been a huge amount of interest to participate in the ‘Camel Trek’ since HHC has announced the preps through the social media channels, including requests from riders who took part in previous editions of the event.

Hind Bin Demaithan Al Qemzi, Director of Events at HHC, said the significant increase in the number of registrations for the ‘Camel Trek’ is a reflection of the successful organization of this expedition in the past three years and the passion for adventure in the desert, oblivious of life in the city away from the outside world.

“We were amazed by the number of participants who have registered or have been making inquiries from HHC about the 2018 ‘Camel Trek’. We have so many people representing many countries around the world. This unique journey across the desert represents not only a physical retreat, but introducing the Emirati culture and traditions to participating expats. Nonetheless, Emiratis and expats undergo a rare experience by travelling on a camel for 11 days and camping overnight in the desert. It is an education in patience, courage and endurance,” said Hind Bin Demaithan affirming HHC’s commitment to preserve the heritage of the UAE through events such as the ‘Camel Trek’.

The ‘Camel Trek’ last year comprised 13 camel riding enthusiasts from Oman, United States, Egypt, France, United Kingdom and the UAE, including five women. They were overwhelmed by the amazing once-in-a-lifetime journey where they travelled back in time and experienced the culture and tradition of the UAE. “We learned the true culture of this land is about sharing, about hospitality, knowledge, nature, plants, stars and the whole universe. What we saw in last seven days was like being transformed into another planet,” said one of the trekkers.

Every year, HHC appoints a group of camel riding professionals to train the participants on camel riding. Since safety is paramount, HHC will provide back-up vehicles in case of any emergency during the ‘Camel Trek’ where the riders will cover some 50 kilometers riding for about eight hours a day.

The riders are trained to travel within the camel train or caravan, to move in a single line from one place to another according to the route plan which is prepared in advance by a competent team and the leader of the caravan, and have to comply with the terms and conditions of eligibility to be able to participate in the arduous trek.

“The training exercise for a selected number of sessions is the starting point for this ‘Camel Trek’ because it tests the individual’s ability to endure harsh conditions and their commitment to complete throughout the full journey,” said Hind Bin Demaithan.

The leader of the ‘Camel Trek’ Khalifa Bin Sabaeen said training focuses on the need to build bond between the rider and camel. “It’s very important in a caravan to go in one line and not ride out of step. Trekkers have to adhere to the discipline of following the leader. They also learn how to take care of their own camel, saddle it and feed it. They should know everything about the camels. These training exercises help to gear the individual to connect to nature before they embark on a new Camel Trek even though some of them may be experienced riders,” he said.

“We have managed in the past to change courses to overcome a number of challenges, including changing climatic conditions such as wind and rain and to avoid any hazards during the trek. In addition, we have to build the work ethos of the group, which is to divide the tasks between the members of travelling group. There are certain areas for resting and we have to camp before the sun sets so we can set up the tents. We will work as a team with some people taking care of the camels and saddles, some will do the tents and some others will cook the food in a spirit of brotherhood and cooperation,” he said.

Hind Bin Demaithan summed up by describing this expedition which has become popular among all nationalities living in the UAE as a psychological and physical retreat that brings back a dose of positive energy derived from the vast desert sands, the sky, and the glow of night sky stars and the splendor of nature in all its forms.

“The aim of the ‘Camel Trek’ is to create a similar atmosphere to the one in the past when Bedouins used to navigate and travel in the desert. It is not only about sustaining an iconic symbol of the desert environment. The trekkers will also learn about their intercultural experiences and benefit from the team-building exercise,” Hind Bin Demaithan concluded. 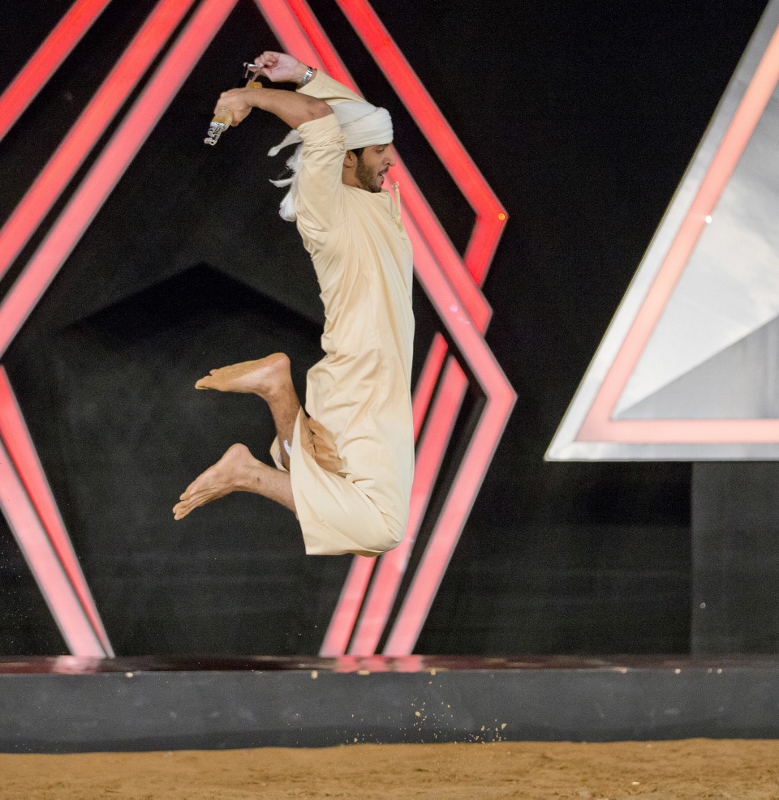 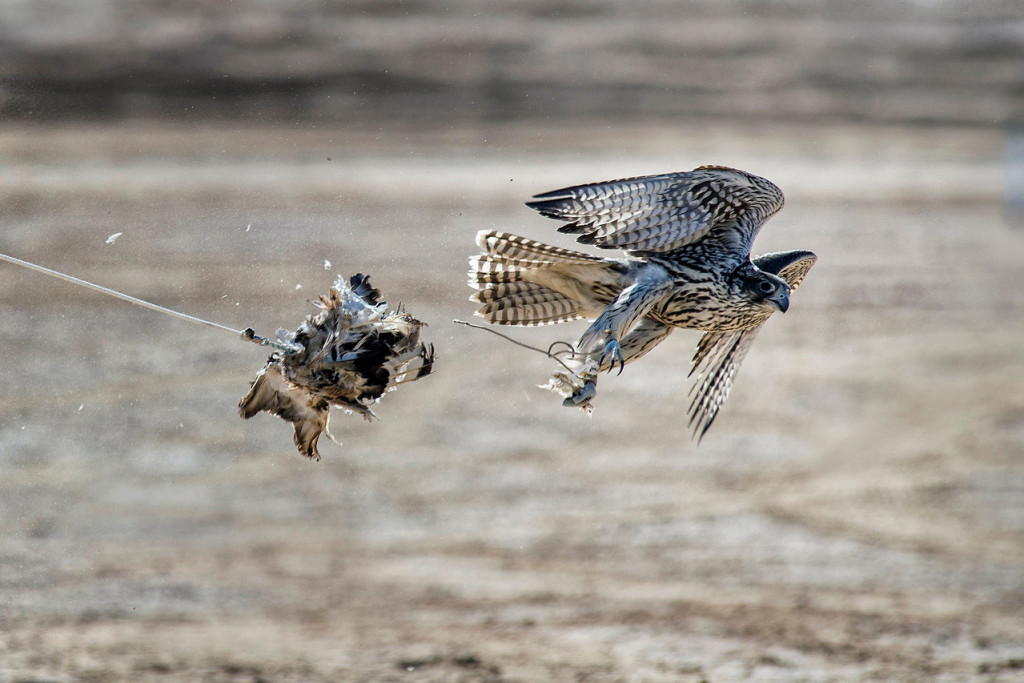