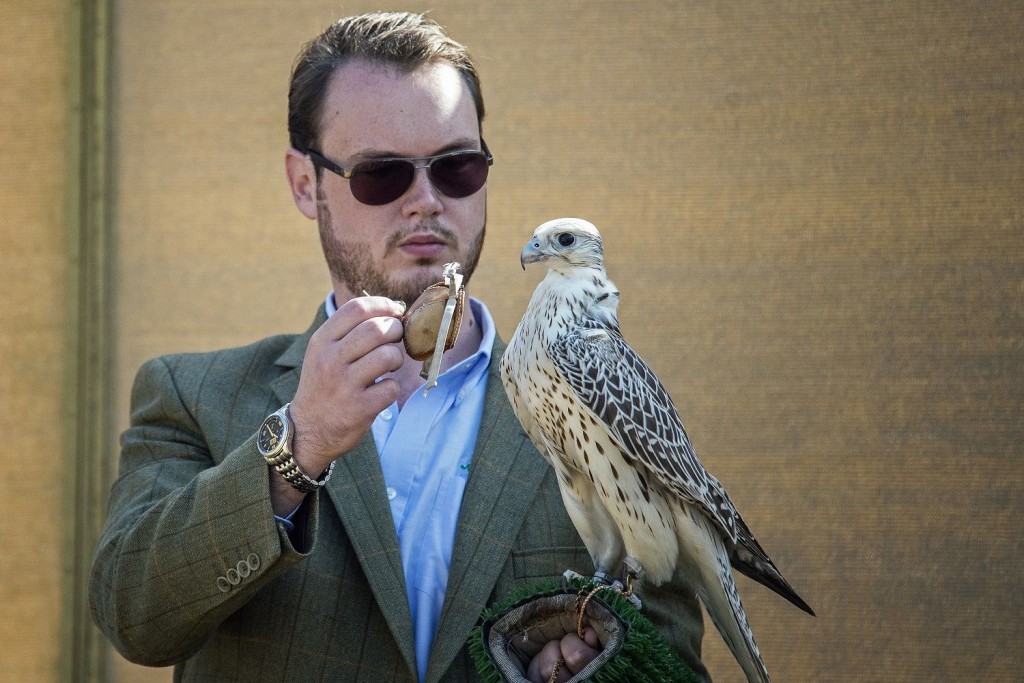 Dubai, February 4 2016 – There was a smattering of European representation at the Fakhr Al Ajyal (‘The Pride of the Generation’) Championship for Falconry Telwah on Wednesday as the tournament opened its doors to the general public on day three.
British falconer and owner Thomas Pietuys Havemann competed in the Qarmoosha Farkh category alongside Italian counterpart Antonio Di Somma at this prestigious event, which is organized and supervised by the Hamdan Bin Mohammed Heritage Center (HHC).
Di Somma’s bird ‘Zolly Friend’ clocked 19.721s to end up in 27th place, whereas Havemann’s falcon ‘Sylvester’ timed 21.016s to finish 55th in the 72-strong field. Neither man will thus be contesting the Telwah tournament final in this classification next Tuesday (February 9th), but Havemann has vowed to come back and have a concerted crack at next year’s competition with a far stronger hand.
“We’ve improved from last time and we’ve shaved half a second off, so that’s not bad,” said Havemann.
“Sylvester has been very good for me and he is doing okay when you consider that, if you were to put it in car terms, it’s like a Renault competing against Ferraris. Sylvester has got that natural urge to fly low, which is what the falcons really need to get that extra speed out of them. He has then got the basics down and has the potential. I’m going to keep flying – and persevering with – Sylvester and I’ll be coming back with him next year.”
It would appear Sylvester won’t be Havemann’s only contender in 12 months’ time either, with the Honeybrook Animal Foods magnate readily admitting he has got the bug for falcon racing and all things Telwah.
“One of the things that I was really surprised about is that, when you go hunting, there’s that real rush of adrenaline and your heart starts beating as anything could happen and I got that very same feeling when I let go of Sylvester,” he added.
“After three months’ training, everything builds up to that moment and there are no second chances. There is more pressure in that sense. It’s different, but it’s also very exciting. I get a rush doing it and I get a lot of excitement from just waking up and thinking about what I can do differently in the training of my falcons to see if I can get those extra seconds.”
Havemann continued: “I plan to come back next year with at least 15 falcons to expand my team, including Sylvester. Sylvester will be here for sure. I’ve got the bug for the racing and I’m in it to win it. This year has been all about learning and I think it’s going to be like that for the next two or three years. But, come year four, I want to be up at the top with the Bin Mejrens and pushing to see how well we can do.”
Today’s (Thursday’s) action is again set aside for the general public, with the racing confined to four separate categories: ‘Pure Jeer Farkh,’ ‘Pure Jeer Jernaas,’ ‘Jeer Shaheen Farkh’ and ‘Jeer Shaheen Jernaas.’
Share on Facebook Share on Twitter 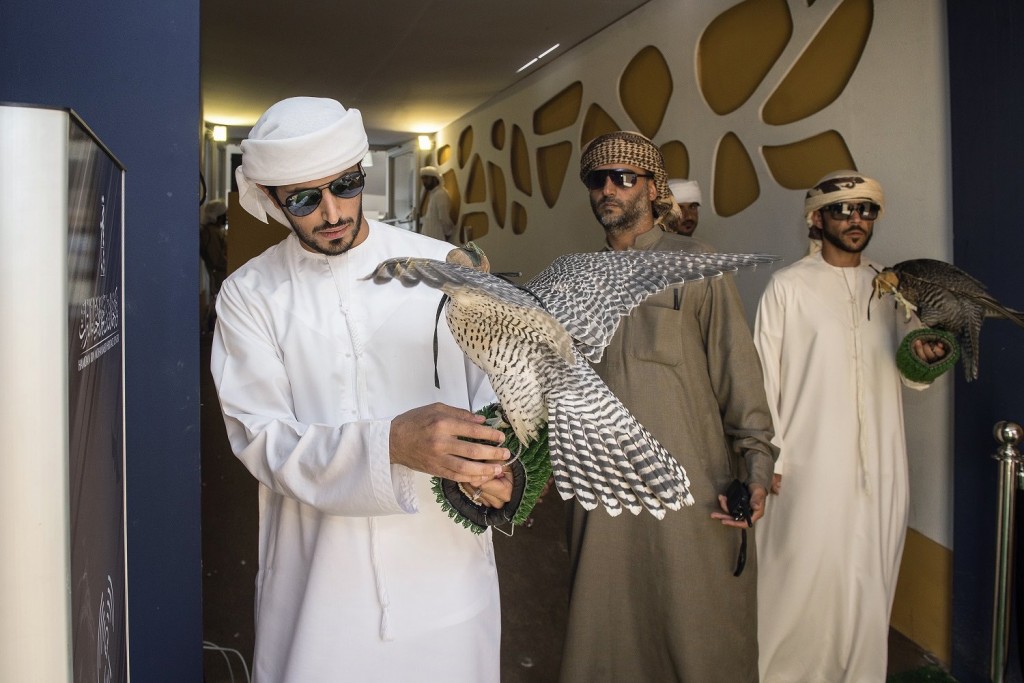 Next Post Junior falconers excel and revel in carefree, carnival atmosphere at Fakhr Al Ajyal (‘The Pride of the Generation’) Championship for Falconry Telwah