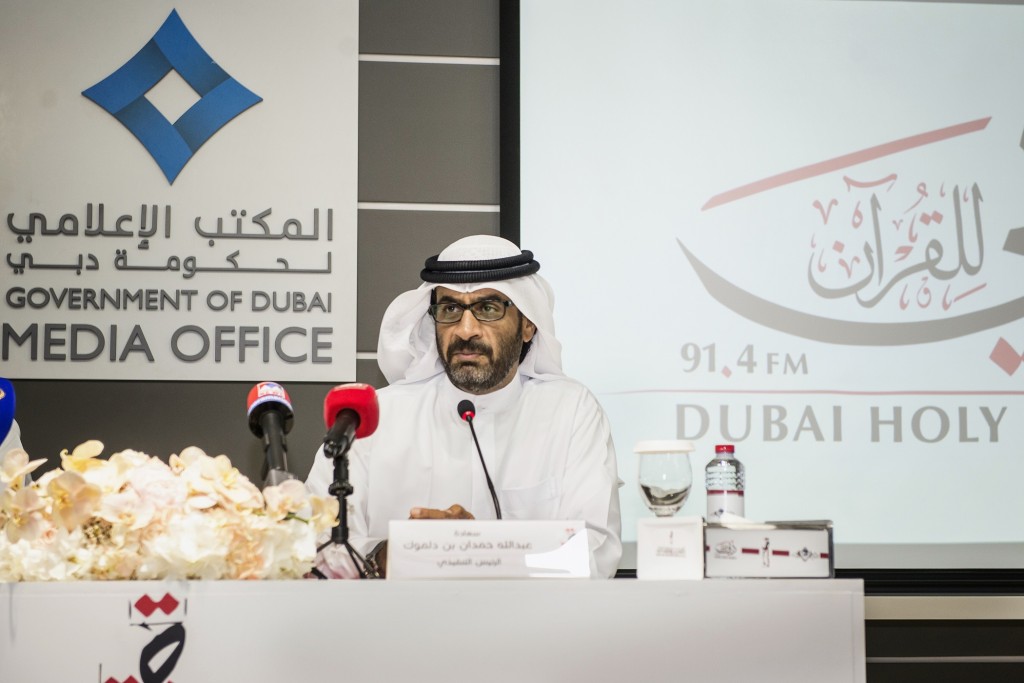 Dubai, United Arab Emirates, May 31 2016: Under the directive of Her Highness Sheikha Hind bint Maktoum bin Juma Al Maktoum, the Hamdan Bin Mohammed Heritage Center today launched a new initiative, ‘Dubai Radio for Quran’, which will air at a frequency of 91.4FM and start its opening broadcast on the first day of the Holy Month of Ramadan.

This was revealed during a press conference hosted today by the Dubai Media Office, giving details of ’Dubai Radio for Quran’ and the prominent features of the third edition of the Ramadan program ’Huboub Al Khair’.

The ‘Dubai Radio for Quran’ radio station will be available across UAE on frequency 91.4FM, utilising the latest high-quality digital broadcast systems to ensure a potent and quality radio signal. The establishment of the radio station will see a series of lectures from the ‘Huboub Al Khair’ initiative carried over the airwaves, as well as daily readings of the holy Quran, which will assist residents in understanding fasting and the core principles of Islam.

Commenting on the launch, CEO of the Hamdan Bin Mohammed Heritage Center, His Excellency Abdullah Hamdan Bin Dalmouk, said: “This new radio station demonstrates the value of Her Highness Sheikha Hind bint Maktoum bin Juma Al Maktoum’s directives, which paved the way for the launch of ’Dubai Radio for Quran’. This demonstrates Her Highness’s keenness to continuously provide the necessary framework and support that benefits all facets of the community and the significant positive impact of the the ‘Huboub Al Khair’ initiative that is now associated with the advent of the Holy Month of Ramadan.

Bin Dalmouk added: “We are confident that ‘Dubai Radio for Quran’ will prove to be a valuable addition to the Dubai media landscape, and on a par with the high standards and unique quality of local channels. Furthermore, this successfully falls under the umbrella of the Mohammed bin Rashid Global Centre for Endowment Consultancy, a key global initiative of His Highness Sheikh Mohammed bin Rashid Al Maktoum.

Dr. Hamad Al Hammadi, Secretary-General of the Mohammed bin Rashid Global Centre for Endowment Consultancy said,: “The innovative endowment initiative launched by His Highness Sheikh Mohammed Bin Rashid Al Maktoum, is one of the concepts that we are working on consolidating to enhance community contribution to different stakeholders. The Dubai Endowment Sign that was obtained by ‘Dubai Radio for Quran’ highlights the societal role it plays and encourages other institutions to contribute to the development of society, both from a cultural and knowledge perspective.”

The ‘Huboub Al Khair’ initiative will conduct a series of lectures after Tarawih prayers in the first week of Ramadan, with the aim of educating members of the community. The lecture content will focus on the best ways to benefit from the fasting month of Ramadan, to achieve inner peace, and promote good and righteous behaviour from a number of mosques all across the Emirates.

There will be a total of 70 lectures which will be performed by scholars and clerics who come from both inside and outside the UAE. Subjects will include many crucial issues and topics encompassing individual, family and Muslim community affairs, which aim to provide expression to core spiritual facets, to be contemplated during the month of Ramadan.

Director of Events at the Hamdan Bin Mohammed Heritage Center, Ibrahim Abdul Rahim, said: We can confirm that all arrangements are now in place to ensure we can successfully carry out the third season of the ‘Huboub Al Khair’ program. We expect an even higher frequency of attendees of these religious lectures, significantly building on the successes of previous years.”

Abdul Rahim added: We would like to provide thanks for the exceptional efforts of all scholars and clerics participating in this session. Our choice of mosques for this year took into account the significant numbers we are expecting to attend. We are confident this will result in a great benefit to numerous families and individuals, who will gain all the benefits from the wealth of lectures provided by the ‘Huboub Al Khair’ initiative.”

The ‘Huboub Al Khair’ program includes a list of Emirati Quran reciters who will be conducting the Tarawih prayers during the first week of the Holy Month of Ramadan in the ‘Mohammed Hassan Al Sheikh’ mosque in the emirate of Dubai, in addition to an Emirati reciters programme which will be hosted by the Al Warq’a Grand mosque during the entire month. 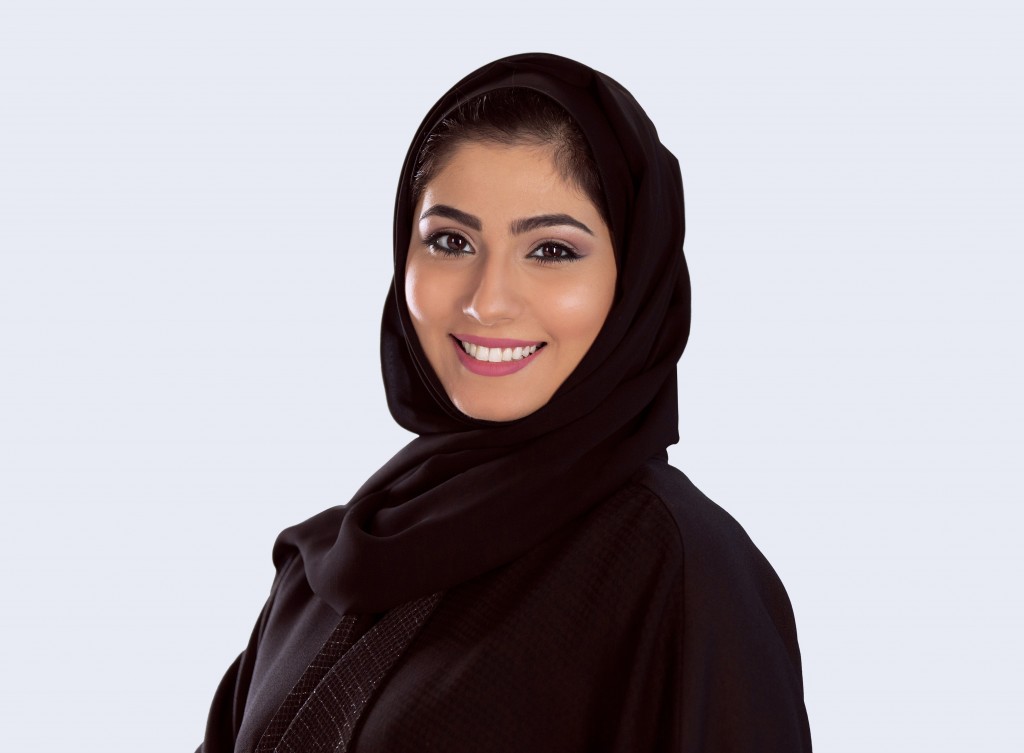 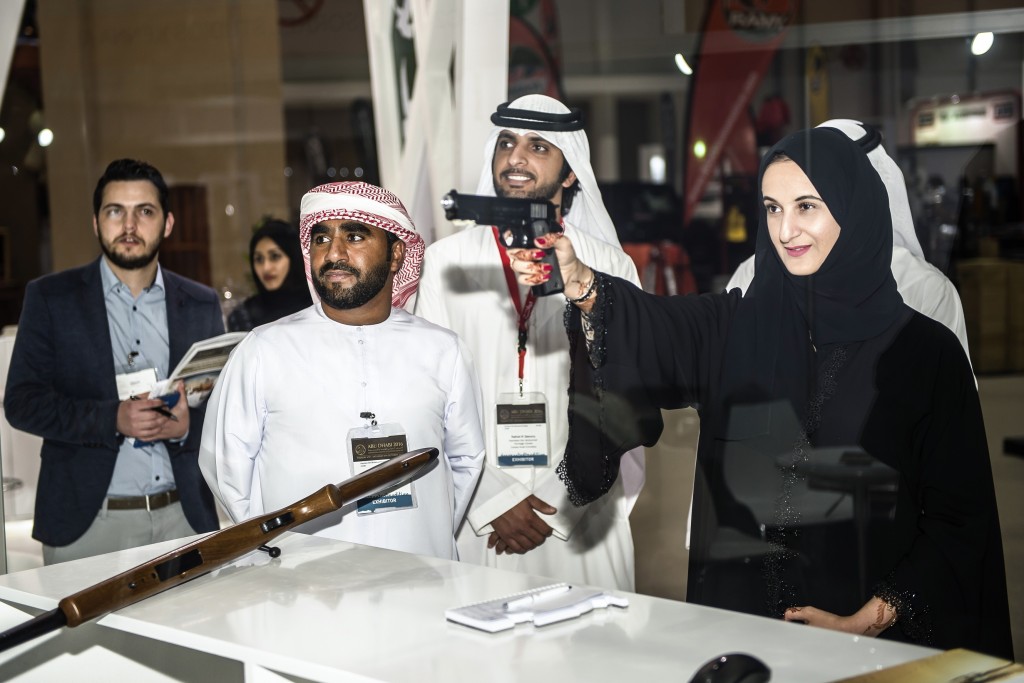