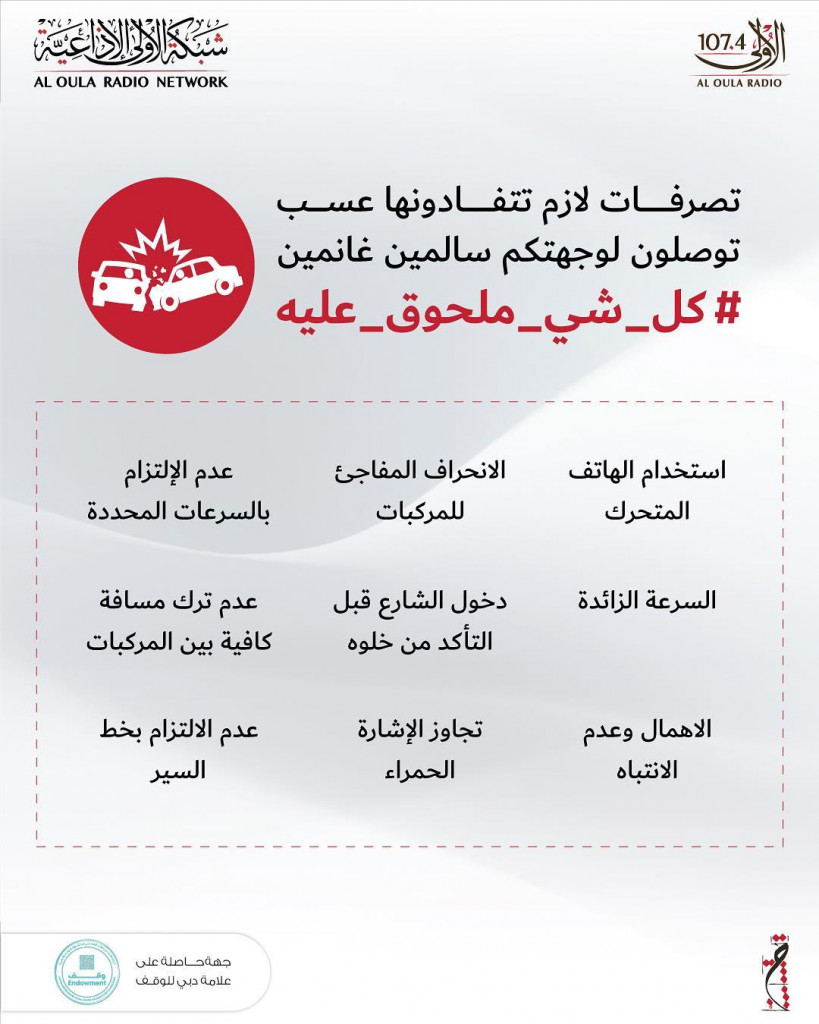 The road safety campaign dubbed ‘#YouCanDoEverythingLater’ is a crusade against speeding and use of mobile phones while driving. It will be incorporated in all of Al Oula Radio daily programs for five days, from October 14-18.

Explaining the concept behind the campaign, Al Oula radio aims to send a strong message to motorists reminding them against the risks of speeding and using of mobile phones while driving.

Messages included words of advice like “Focus on your driving; keep your eyes on the road and drive safely”. “When someone calls you, call back later”. According to official studies, the probability of traffic accidents when motorists are using mobile phones while driving is four times higher than those not using it.

Al Oula Radio Campaign prompts motorists to realize that even if they arrive late, people will understand. The key is good time management. Motorists are urged to leave early so they can reach their destination on time and they should never resort to speeding. Safety should not be compromised while driving to protect the life of the driver as well as all the road users.

Additionally, Al Oula Radio will have interactive discussions with road safety experts and public figures to promote the campaign. All talks will be in the Emirati dialect and listeners can join in the conversation by sending in their questions or calling the radio station.

Morning programs will discuss the UAE laws on road safety. There will also be interviews with motorists and people and families who will share their tragic stories of loss due to road accidents. A special segment will also be dedicated to educate the youth on the importance of respecting the laws and raising the level of road safety awareness.

The launch of ‘#YouCanDoEverythingLater’ was attended by the Dubai Police, Dubai Police Traffic Department and police officials of other emirates, Dubai Ambulance Services and other government institutions as well as officials of the HHC. 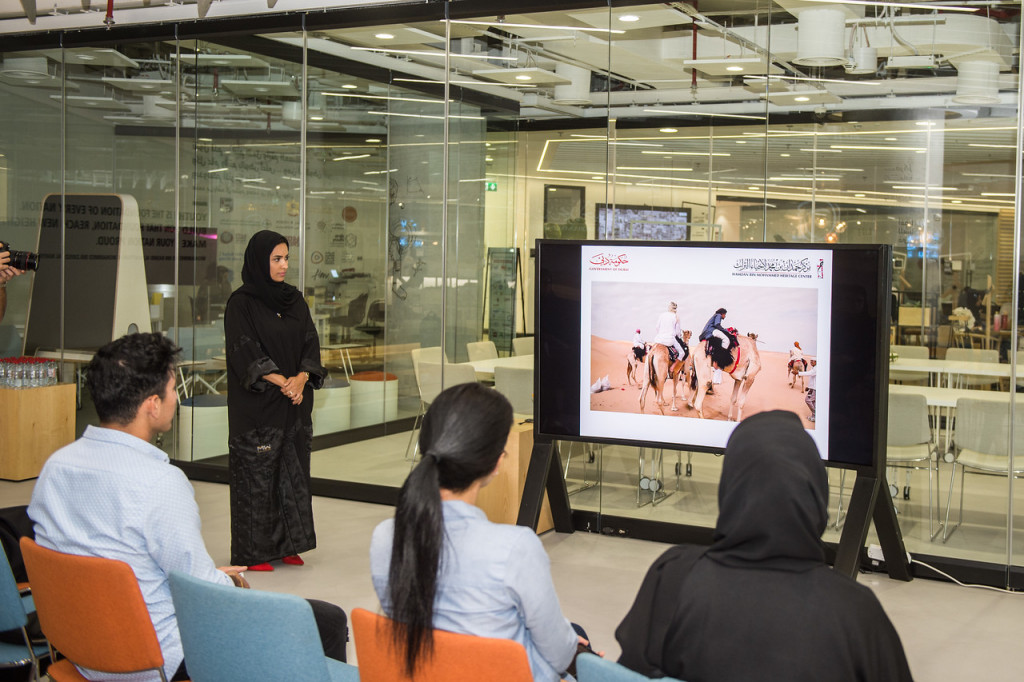 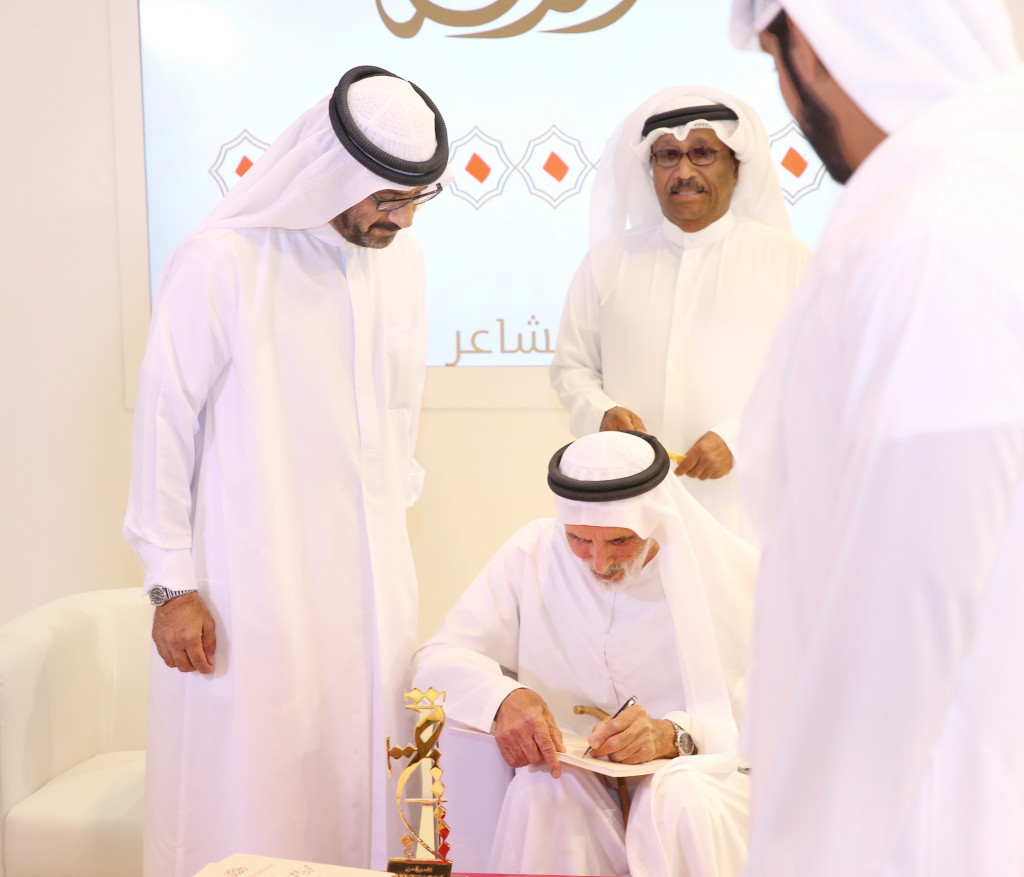