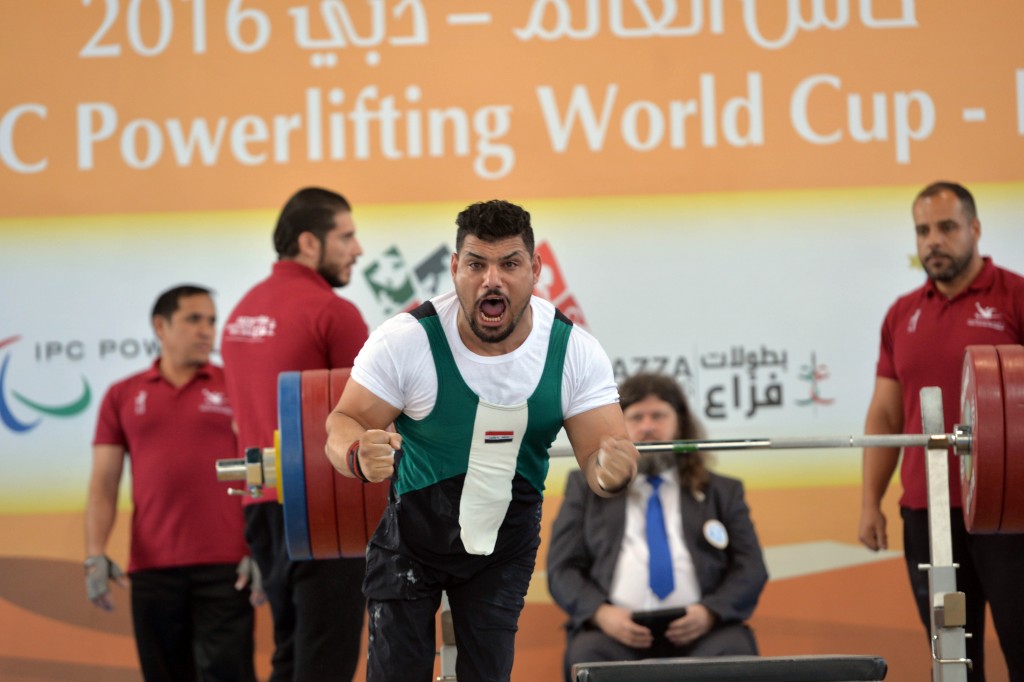 Dubai, February 17 2016 – The Dubai Club for the Disabled (DCD) and the International Paralympic Committee (IPC) agreed a five-year deal to hold the Fazza IPC Powerlifting World Cup here in the emirate through to 2020 on Wednesday.

As well as winning the rights as the host venue for the ongoing event and the next four editions, the DCD and the Fazza Championships for the Disabled’s branding and logos will be displayed whenever – and wherever – a World Cup series stage occurs around the globe.

Majid Abdullah Al Usaimi, the Executive Director at the Dubai Club for the Disabled and the Director of the Fazza Championships for the Disabled, commented: “The IPC have always supported our initiatives and projects from the very beginning, when His Highness Sheikh Hamdan bin Mohammed bin Rashid bin Saeed Al Maktoum, the Crown Prince of Dubai and Chairman of the Dubai Sports Council (DSC), announced the first Fazza Championships for the Disabled. Sheikh Hamdan wanted us to: provide every opportunity for people with disabilities to compete; learn more about their sports and develop them not just in the UAE and our neighbouring countries, but around the world. IPC Powerlifting has played a very big role in developing the Fazza Championships here in Dubai and – in cooperation with them – we both believe now that this strong relationship has to become a professional agreement. It will be a shining example for similar bodies in other regions to have such professional agreements and specific details for developing these sports around the world. Together with the IPC, we believe that this agreement will give us much more of a chance to develop these sports.”

Souad Ibrahim Darwish, the Director of Championships at the Hamdan Bin Mohammed Heritage Center (HHC), said: “We warmly welcome this agreement between the Dubai Club for the Disabled and the IPC as the Fazza Championships for the Disabled play a key role in supporting an important sector in our society. It will also contribute greatly to making Dubai one of the friendliest cities in the world for disabled people in conjunction with the directives of the Dubai government. A competition of this scope and size, with 210 para-powerlifters from 42 nations, underlines the Center’s ability to provide the necessary support to host such tournaments, which began initially as domestic meetings that have since flourished into the World Cup events we see today.”

Meanwhile, at the tournament venue itself, Iraq’s Rasool Mohsin failed to better his own world record in the men’s U72kgs event, yet his 218kgs lift still secured the gold medal ahead of the Egyptian silver medalist Mohamed Elelfat (215kgs) and Abdelkareem Mohammad Ahmad Khattab (210kgs), of Jordan.

Ukrainian Mariana Shevchuk set a new junior world record (NJWR) in winning the women’s U55kgs classification. Shevchuk lifted 109kgs with her second effort to etch her name into the history books and she then gamely tried to better that marker with two shots at 112kgs. She was ultimately unable to surpass her own recently-set achievement with two ‘no lifts’, but the clean one from the second round was still more than good enough for gold.

Hoang Tuyet Loan Chau, of Vietnam, claimed the silver medal after her third and final lift of 102kgs took her out of reach of the bronze medalist, Egypt’s Gihan Bayoumy (99kgs), who was red-flagged in her last-ditch attempt to lift one kilogram more (103kgs). Egypt had previously taken their gold medal tally up to four at this meeting with successes for Shaaban Ibrahim and Rehad Ahmed in the men’s U65kgs weight class and the women’s U50kgs event respectively.

Ibrahim’s triumph came right at the death as he’d gone toe-to-toe with Algeria’s Hocine Bettir over the last two rounds, with the former needing to match latter’s very final lift of 194kgs to prevail outright owing to his lighter frame.

He did just that too to spark joyous scenes on the stage and continue on the celebrations from Rehab Ahmed’s earlier win, where she herself edged out Ukraine’s Lidiia Soloviova by only two kilograms (107kgs to 105kgs) in another tight finish. Ruza Kuzieva (95kgs), of Uzbekistan, completed the podium picture in the women’s event, as did Iran’s Hamzeh Mohammad (193kgs) in the men’s equivalent contest.

There was a fair smattering of MENA representation in the men’s U65kgs group besides Ibrahim and Mohammad as well, with Iraq’s Hasan Al Tameemi (Fifth, 173kgs), Shadi Issa (Seventh, 165kgs), of Syria, and Moroccan Youness Herradi (10th, 157kgs) all finishing inside the top 10. Two juniors, Saudi Aseel Al Hawsawi (115kgs) and Mansoor Al Mansoori (65kgs) of the UAE, produced encouragingly progressive performances at senior level to finish either side of the 13th-placed Emirati Abdollah Rahimina (66kgs).

The men’s U88kgs and U97kgs contests and the women’s U73kgs, U79kgs and U86kgs events will take centre stage at the Seventh Fazza IPC Powerlifting World Cup on Thursday – the penultimate day of competitive action at the Dubai Club for the Disabled in Al Qusais. 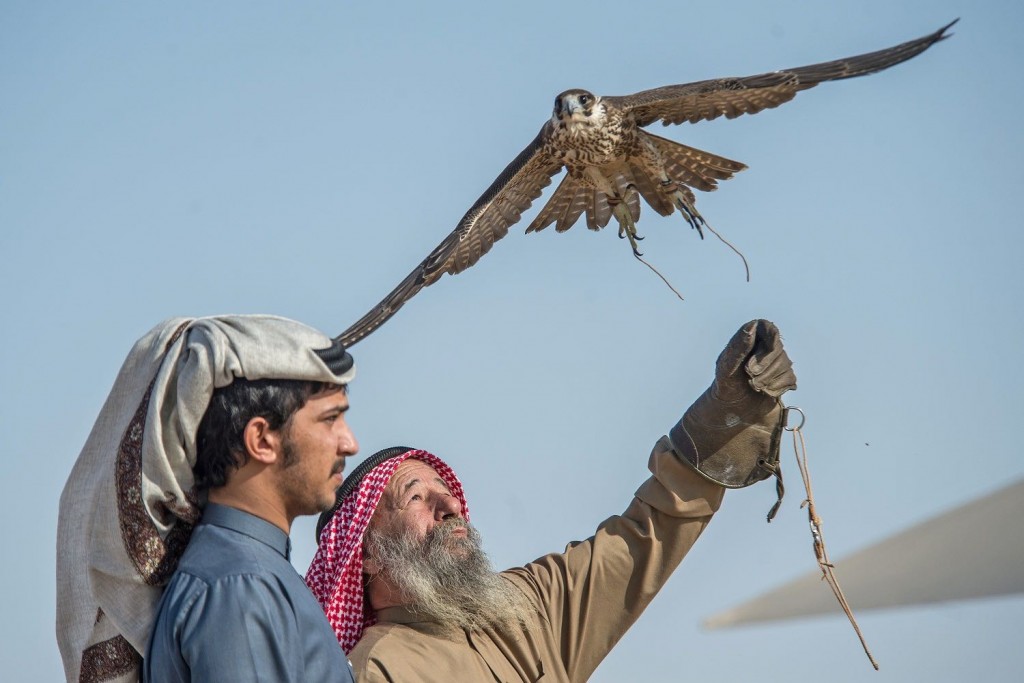 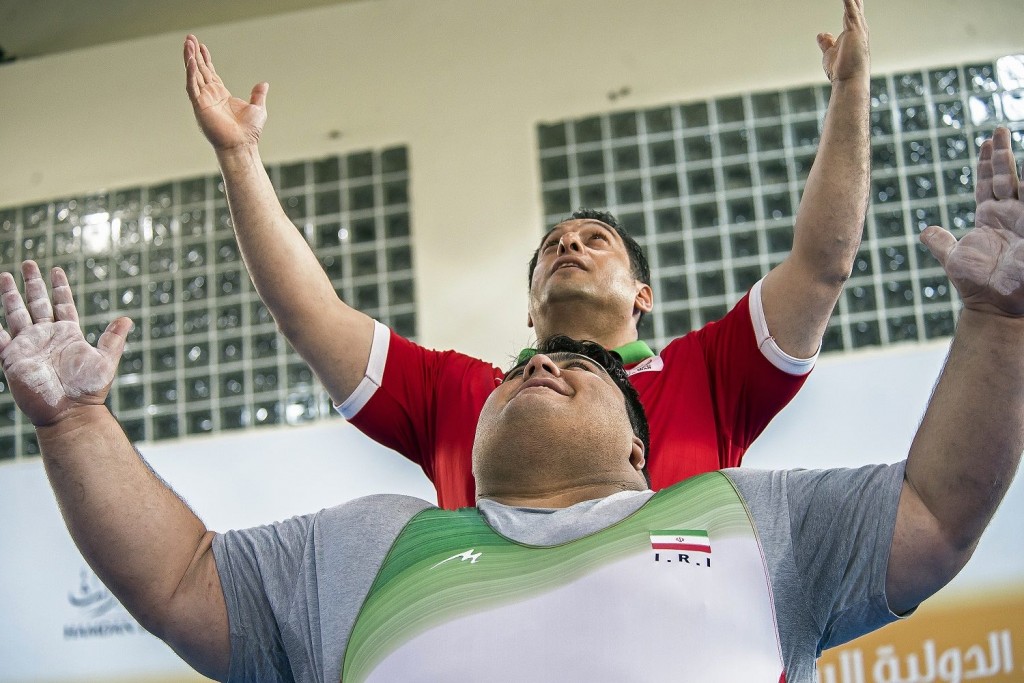