[Dubai – UAE, January 6, 2016] – Fans of the region’s traditional, heritage sports are enjoying the third day of Fazza Championship for Falconry Telwah, organised by the Hamdan bin Mohammed Heritage Centre (HHC). Dozens of falconers are participating in this year’s tournament, which started last Saturday in Al Ruwayyah, Dubai, with competitors showcasing their falconry skills in each of the two main categories ‘Sheikhs’ and ‘General Public’ and their sub-categories ‘Qarmoosha Farkh’ , ‘Qarmoosha Jernaas’ ,‘Jeer Tibha Farkh’ and ‘Jeer Tibha Jernaas’.

The Fazza Championship for Falconry Telwah, which runs until January 12, has incorporated significant technological advances over previous editions of the tournament, with high-precision sensors and windbreaks just two of the features that have raised the standards of the competition. Innovative electronic scanning has improved the registration and daily preparation process and ensured an even smoother running of the proceedings.

Ms. Souad Ibrahim Darwish, Director of Championships at HHC, said: “We are extremely proud of the achievements of the Fazza Championship for Falconry Telwah, both in respect of the high skills of the competitors and with the number of new participants, some of whom come from other countries. After nearly a decade and a half of organising these traditional championships with the support of His Highness the Crown Prince of Dubai, we continue to strive to achieve the objectives of Hamdan bin Mohammed Heritage Centre and develop the championship from all organizational and technical aspects. We are committed to preserving our heritage in a way that is commensurate with the UAE and attracting new participants from across the world to enrich this cultural event.”

Mohammed Abdullah bin Dalmook, Director of Corporate Support at HHC, said: “The Fazza Championship for Falconry Telwah sees each competitor allotted one minute and thirty seconds to fly his bird in the speed race. A panel of judges is responsible for monitoring falconers’ performance and results using laser sensors with a high degree of accuracy.”

Tommy Havemann-Mart, the sole British participant in the championship so far, said: “I have already participated in several competitions, with my company specialising in providing optimum nutrition for falcons. I was keen to take part in this championship because of its high stature in falconry tournaments and its impressive development. I think that this tournament it is the best I have participated in, in terms of equipment, organisation and arbitration.”

The start of The Fazza Championship for Falconry Telwah, saw 1000 falcons participating in the ‘Qarmoosha Farkh and Qarmoosha Jernaas – Sheikhs and public’ categories, ‘Jeer Tibha Farkh and Jeer Tibha Jernaas’- Sheikhs and Public’ categories – of which every top ten from each category are eligible to qualify for the finals. The championship is ongoing until the 12th of January 2016, with next Friday dedicated for the Juniors participation, and the following two days for the Kahlijis (GCC) participants. 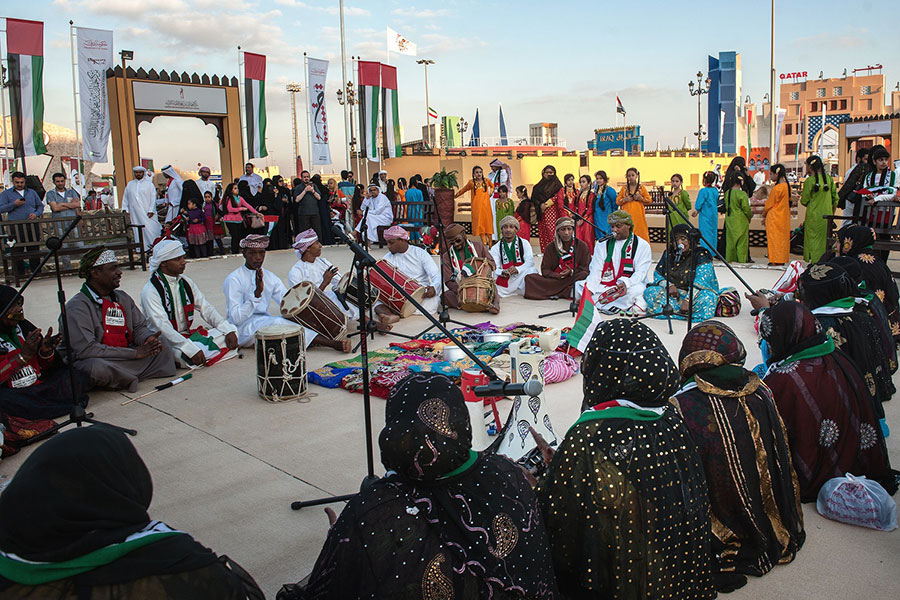 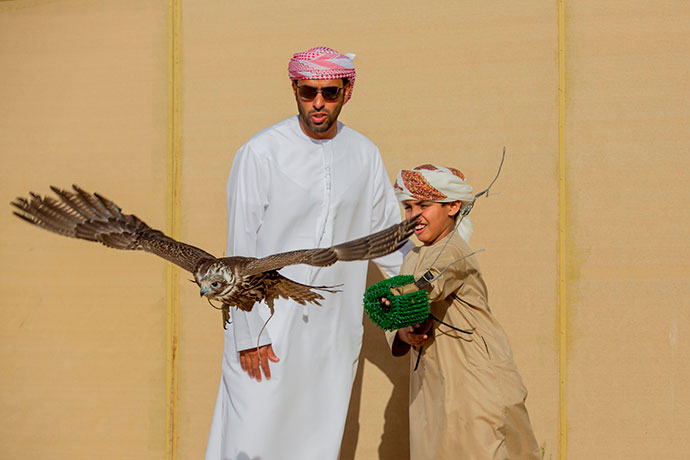