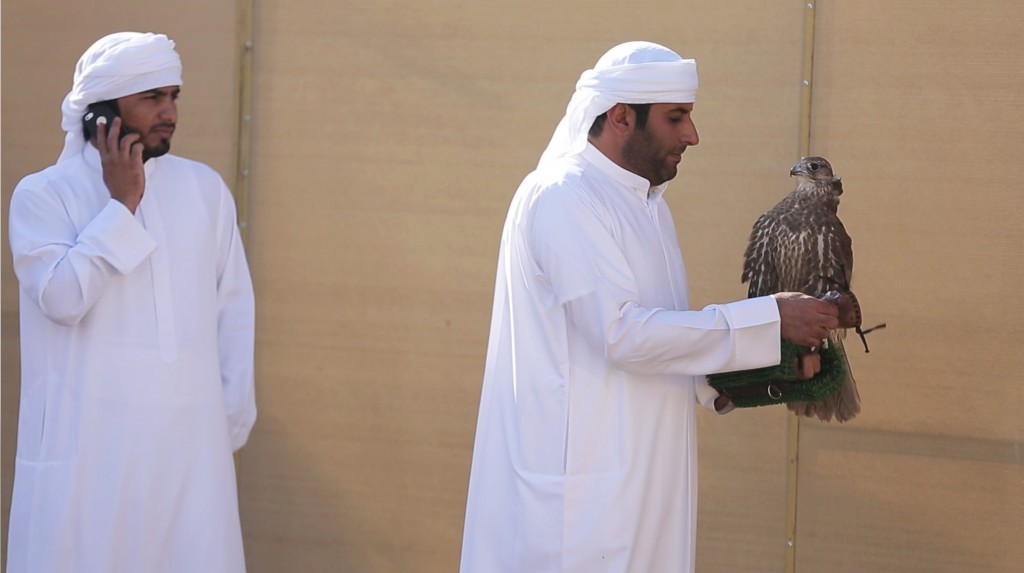 Fazza falcon ‘Ghaith’ is being hailed as a phenomenon after obliterating the field in the Hurr Wahish Farkh category by clocking a brilliant time of 19.353 seconds over 400 meters in idyllic conditions on the eighth morning of competition in the dedicated site for Fazza Championship for Falconry in Ruwayyah area.

Ms. Suad Ibrahim Darwish, Director of Championships at HHC, welcomed the arrival of the phenomenal Ghaith whose performance has stimulated the spirit of other contestants.

“We are happy that His Highness Sheikh Hamdan bin Mohammed bin Rashid bin Saeed Al Maktoum, Crown Prince of Dubai, has made an entry today which has boosted the morale of Emirati falconers competing in the Tilwah competition,” she said.

Spurred by the dedicated falconers of His Highness Sheikh Hamdan bin Mohammed bin Rashid bin Saeed Al Maktoum’s falcon ‘Ghaith’ soared to victory leaving all other contestants by the wayside in the Hurr Wahish Farkh category for UAE nationals.

None of the other falcons failed to go under 20 seconds in this event with the second best time being a distant 20.571 seconds, 0.117 seconds off the pace.

The largest and most popular among the series of falconry championships, the Fazza Championship for Falconry – Tilwah, will continue until 12th January in the dedicated site in Ruwayyah area (Exit 55 off Emirates Road) with the participation of elite contenders in various categories and groups.