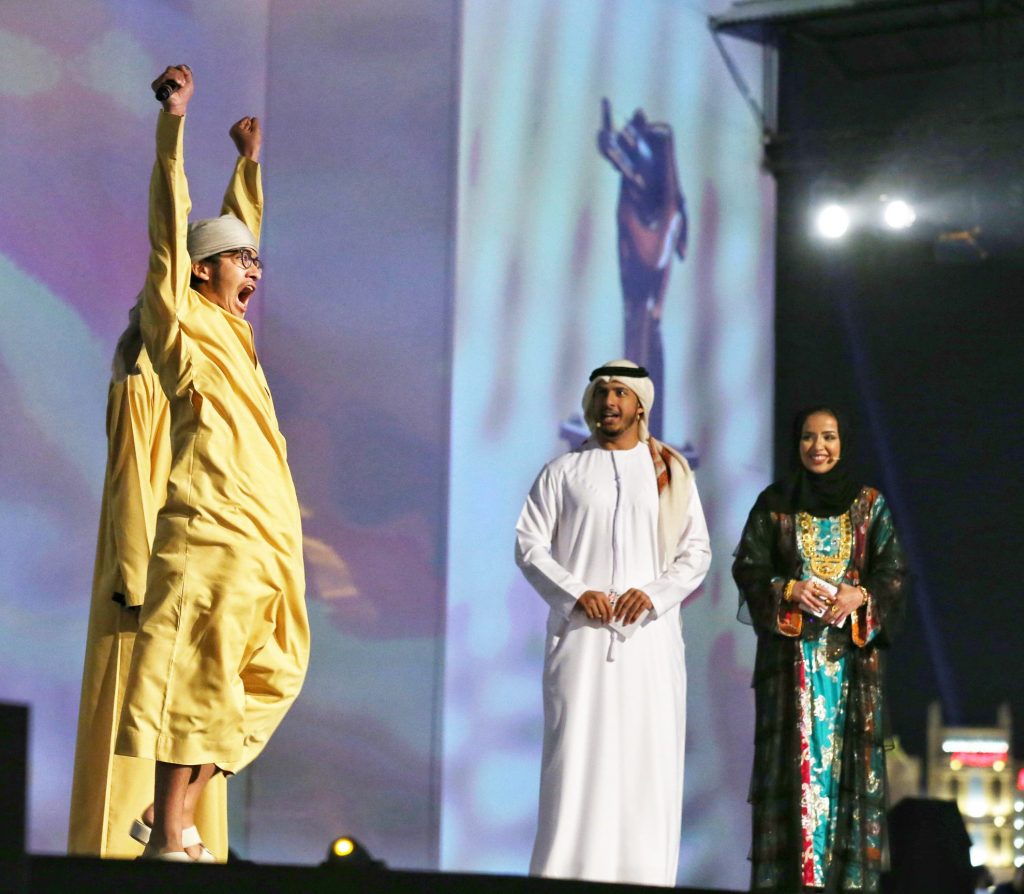 Dubai, March 8, 2020: Emirati Juma Obaid Al Ali has been crowned as the Meydan Knight during the grand awarding ceremony of the 20th edition of Fazza Championship for Youlah held at Dubai Global Village over the weekend.

The annual heritage sport, organised by the Hamdan Bin Mohammed Heritage Center, which is now on its 20th edition and 15th year of the live program n Sama Dubai TV, has seen participation not just from UAE nationals but also performers from Iraq, Oman, Bahrain, Saudi Arabia, and Libya.

Al Ali had to go through weeks of intense competition before emerging as the grand champion. He bested another young Yuweel (Youlah perfomer Sultan Abdullah Al Ketbi, who settled for second place and took home Dh500,000.

After receiving the award, Al Ali said: “The feeling was indescribable, and I thank everyone who voted for me and supported me in this participation. Winning the Fazza Gold Cup is a dream that I sought for years ago and now it has become a reality.”

Abdullah Hamdan bin Dalmook, CEO of the HHC, said Al Ali registered an overwhelming victory after receiving 85 per cent of the 400,000 public votes.

All yuweels displayed their outstanding skills and confidence during the 3 month-long competition. Youlah is a very technical sport that requires intense training. Aside from spinning the rifle and tossing it in the air at a required height between 17-20 meters, the Yuweels were also obliged to make sure that their ghutra (traditional headgear) will not fall to avoid point deduction.

For several weeks, every Friday, the public who watched the action at Global Village, as well as televiewers who viewed it broadcast live on Sama Dubai TV, were also treated to inspiring presentations from renowned Emirati singers and poets who rendered cultural and patriotic performances.

Meanwhile, Abdullah Hamdan bin Dalmook said the HHC will continue and even make the Youlah championship bigger in the coming years.

He said: “When His Highness Sheikh Hamdan Bin Mohammed Bin Rashid Bin Saedd Al Maktoum, Crown Prince of Dubai, directed the launch of Youlah championship more than 19 years ago, he signaled the start of a popular heritage sport that has attracted young Arabs to hone their talents in our culture and tradition.”

Souad Ibrahim Darwish, HHC Director of Championships, thanked all the participants and the public for their support. “Everyone is a winner in this popular forum. We have strongly delivered the message of highlighting our heritage and social values,” she underlined. 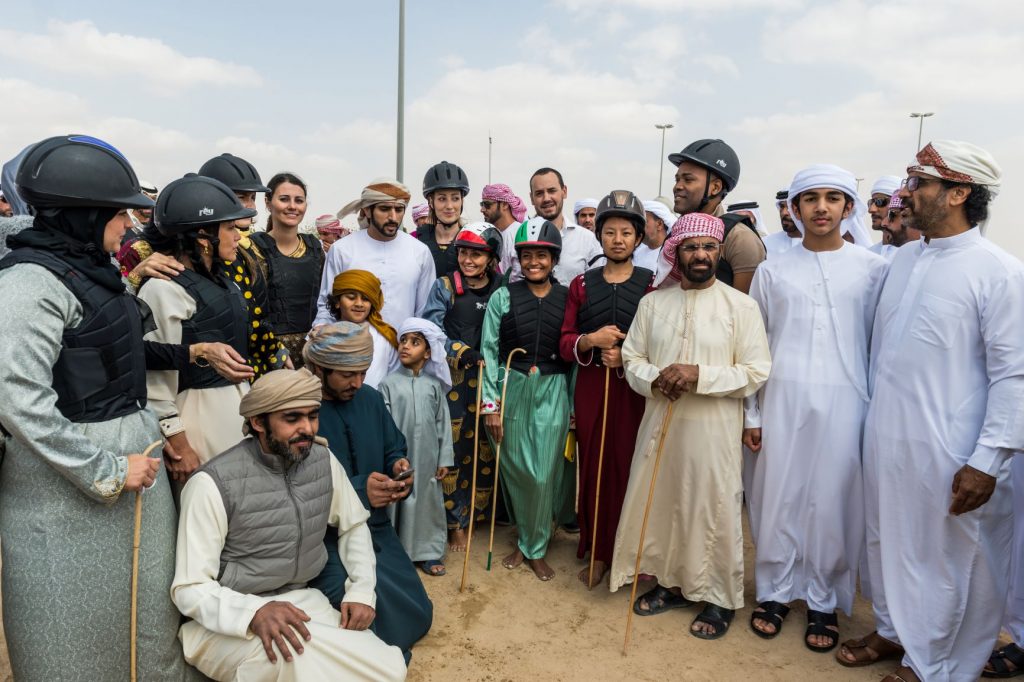