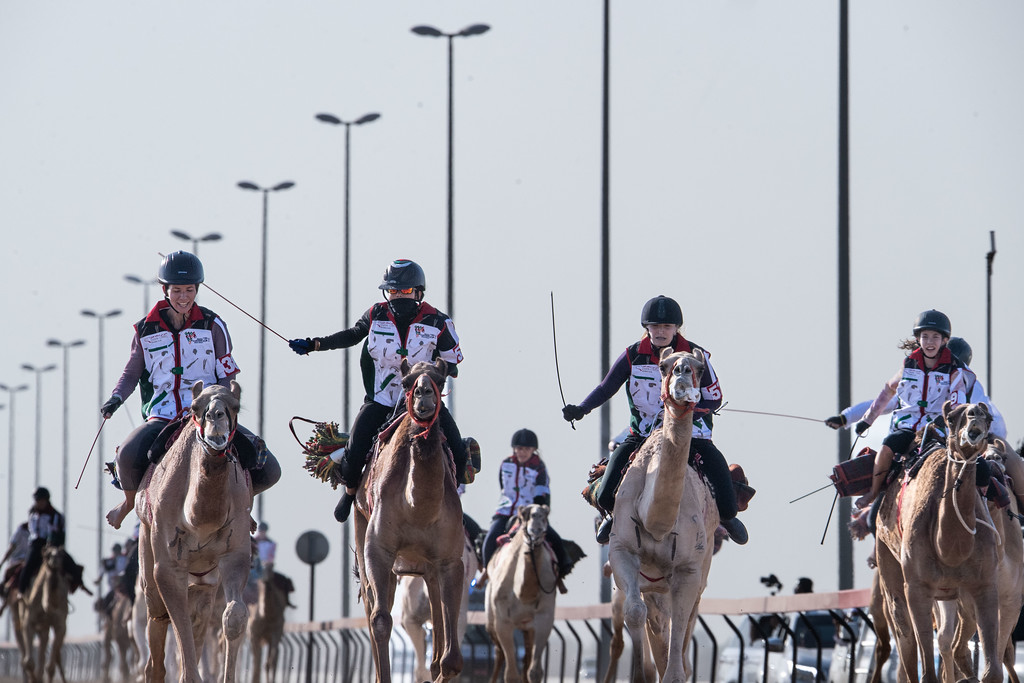 A total of 23 camel riders – men and women of various ages and capabilities – representing 17 countries took part in the 1.2km race for expats.

Chinese businesswoman Xiaozhe Huo came first place, with a time of 1 minute and 56.18 seconds. She was closely followed by German teacher Paulin Piesker who finished at 2 minutes and 1.23 seconds while German national Gesa Eggeling came in third with a time of 2 minutes and 2.15 seconds.

The 23 race participants are part of the total of 30 camel riders who will take part in upcoming 8th Camel Trek that will kick-off on December 9. The annual desert voyage which will see participation from 17 countries (including four Emirati camel trekkers) will run for 13 days, starting on December 9 from Liwa Empty Quarter in the Western Region of Abu Dhabi. The 30 camel trekkers will navigate 500 kms of UAE desert to enjoy a unique desert experience how to live the old ways of the Bedouins until they reach their final destination at Expo 2020 Dubai site.

The caravan will follow a prepared route and the camel trekkers will rest at camping stations in the middle of the desert. Participants are provided with all necessary requirements for the trip, including food, drink, individual tents, and the camels that they use for the journey.

HHC CEO Abdullah Hamdan Bin Dalmook expressed his happiness with the high number of participants and the diversity of nationalities in the annual camel caravan.  He said: “The UAE’s Founding Father Sheikh Zayed bin Sultan Al Nahyan, may God have mercy on him, had established a similar race in the early 1990s, which opened the door of participation from a group of foreigners outside the country. After 30 years, Sheikh Hamdan bin Mohammed bin Rashid Al Maktoum, Crown Prince of Dubai, revived a similar competition to further promote the UAE’s rich cultural heritage not only among the Emiratis but among the expatriate community as well.”

Bin Dalmook also underlined the HHC’s role in implementing the directives of Sheikh Hamdan and achieving his vision and the government’s role in promoting heritage sports in the framework of spreading peace and tolerance among the different peoples and cultures of the world.

One of the camel trekkers, 55-year old Italian expat Nicola Bettio said participating in the camel caravan is “like living a dream”.

“To ride a camel and participate in a race is something I did not imagine in my childhood, but by virtue of my residence in UAE in the past three years, and before that in Saudi Arabia, I became closer to this kind of heritage sports and get to know more about camels, so it was a matter of time for me before I had this wonderful experience in the truest sense of the word from HHC,” Bettio said.

American Maryam Suhrawardi, of Syrian and Iraqi origin, said she was excited after seeing a huge billboard on the streets of Dubai about the camel journey. “I can’t wait to start this heritage journey in the heart of the UAE desert,” she added.

Madawi Al-Ahmad from Saudi Arabia is also excited about her participation in the annual camel trek. “I have trained and I’m ready for the desert caravan,” she noted. 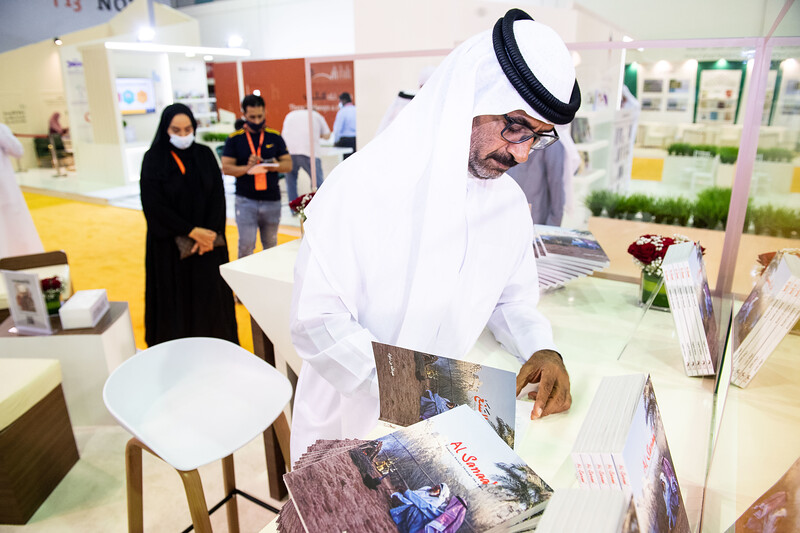