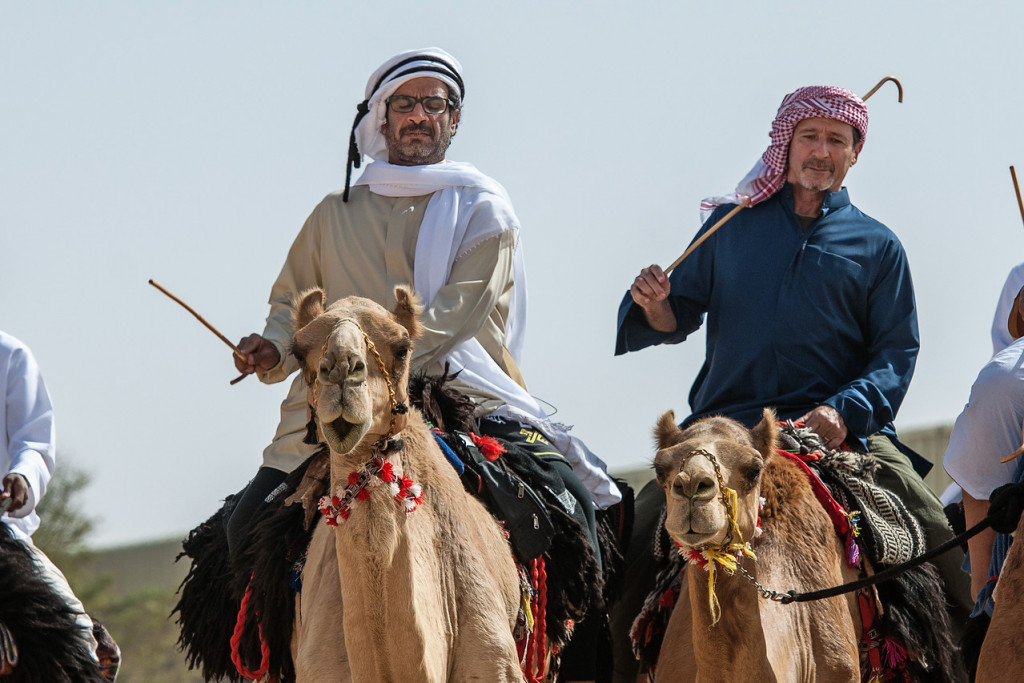 DUBAI, 24th January 2018: In a gesture that strengthens the bonds of cultural cooperation between countries, the Ambassador of the Argentine Republic to the United Arab Emirates, His Excellency Fernando De Martini joined on Tuesday 23rd January, the trekkers in the fourth edition of the ‘Camel Trek’ organized by Hamdan Bin Mohammed Heritage Center (HHC).

The ‘Camel Trek’, an extraordinary adventure in the desert that requires great endurance by individuals is organized annually by HHC to revive the social and cultural heritage of the UAE, this year it began from the ‘Empty Quarter’ area in Abu Dhabi on 17th January and covers a distance of 500 kilometers.

Ambassador Fernando De Martini, who joined the convoy on Tuesday night stayed overnight in the camp before embarking with the ‘Camel Trek’ on his own camel today, Wednesday.

The Argentine Ambassador to the UAE said he was honored to join the ‘Camel Trek’ although he hardly had any experience of riding camels.

“I appreciate very much HHC’s welcoming me to participate. I read about this heritage trip in the newspapers during the weekend and decided to join it. I called the HHC and I was welcomed to go into the desert to join the trekkers on their journey,” said His Excellency Fernando De Martini.

His Excellency Fernando De Martini revealed that his main aim to join the ‘Camel Trek’ was to experience the “silence of the desert” and the Emirati culture.

“The silence of desert is very special. The important thing is United Arab Emirates and Argentina, we have many things in common between us. But Emirati people are part of the desert. So this trek shows what people did before which is part of Emirati tradition. And tradition is the soul of all the people. It (Camel Trek) is good way to understand a little more and to be closer to the (Emirati) culture,” said Fernando De Martini, Argentina’s Ambassador to the country.

Abdullah Hamdan Bin Dalmook, Chief Executive Officer at HHC, welcomed the participation of Argentinian Ambassador to the UAE His Excellency Fernando de Martini in the ‘Camel Trek’. “We welcome the Ambassador of Argentina and appreciate his keen interest in the ‘Camel Trek’ where the participants travel in a camel caravan in the desert as our ancestors did in the past. This trek is considered an interaction between people in terms of adapting to a different environment for the purpose of acquaintance, communication and cultural interaction,” he said.

“All these events came under the directives of His Highness the Crown Prince of Dubai, to prevent the cultural heritage of the country from becoming extinct and revive it to new generations. The Hamdan Bin Mohammed Heritage Center will continue to seek and create similar events. The beauty of camel riding dates back more than 70 years and the HHC is pleased to revive this experience away from cars and technology. We were able to begin the last quarter of the trek as planned since we covered 50 kilometers each day. Despite the difficulties and challenges facing the camel caravan from rough roads and barbed wire, yesterday we trekked a distance of 62 km in 9 hours which is a great achievement,” he said.

Abdullah Hamdan Bin Dalmook expressed the happiness of everyone at the Ambassador joining the camel caravan although the journey is nearing completion and hoped he would participate in the full distance of the ‘Camel Trek’ next year.

According to the schedule of the ‘Camel Trek’ which began from the desert area of the ‘Empty Quarter’ in Abu Dhabi on 17th January 2018, the camel caravan will return to Dubai on the afternoon of Saturday 27th January and reach the Heritage Village in Global Village,.

A special traditional ceremony will be held at the Heritage Village on the occasion of the arrival of the camel caravan and the invitation is open to all to see the trekkers being received by families and friends after an 11-day journey away from home. 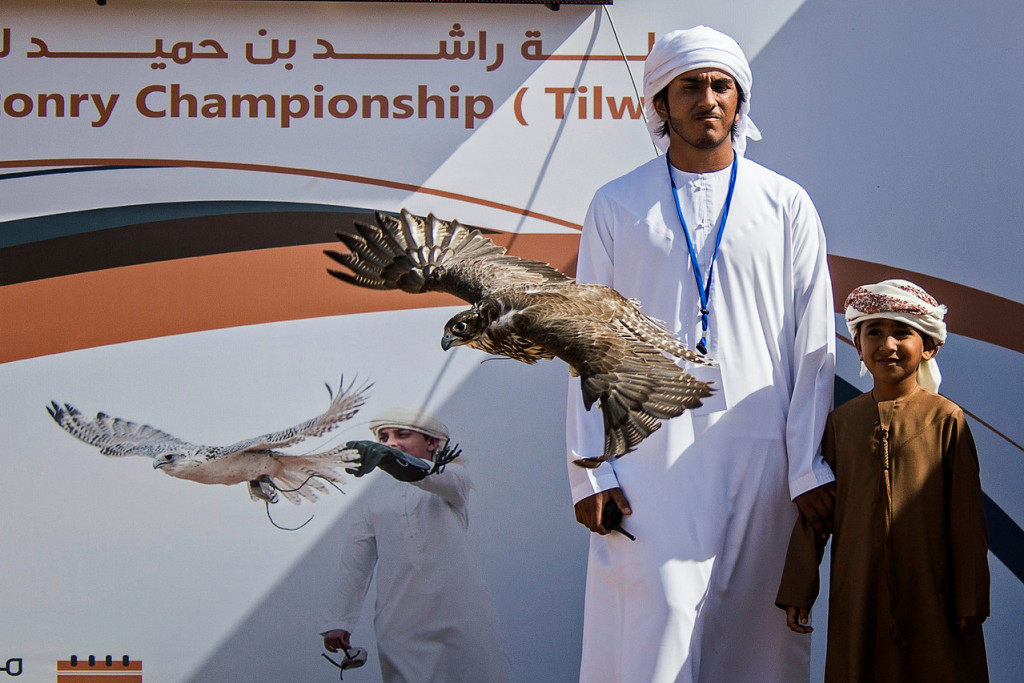 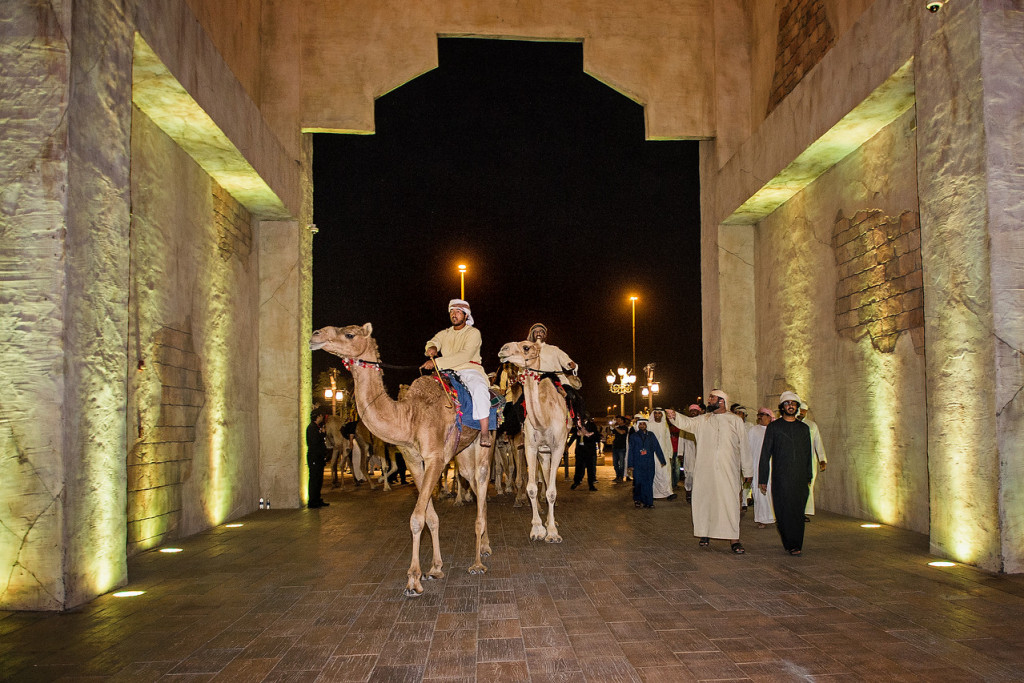